The Old Synagogue lies within short walking distance of the Great Synagogue. You can find it hidden within the courtyard of the homes in the Smetanovy sady neighbourhood, not too far from the J.K. Tyl Theatre. The Synagogue won’t be immediately visible to you upon your first walk by. However, the Synagogue recently went through a thorough reconstruction, and visiting it is something you shouldn’t miss out on.

Tour of the Synagogue’s interior
Sunday – Friday 10:00– 17:00
Closed on Saturdays and Jewish holidays

While not in season, the Synagogue is only open upon prior arrangement (zoplzen@zoplzen.cz)

Group admission (starting with at least 15 people):
CZK 50 per visitor

Jews have lived in Pilsen since the 14th century. At one point, there were as many as five synagogues in Pilsen, however, only two remain today – the Great and Old Synagogues. It was actually the Old Synagogue that acted as the cradle of the modern Jewish community, which began to expand during the second half of the 19th century. In 1939, the Synagogue was no longer used for religious purposes and the building quickly fell into disrepair from that point forward. It wasn’t until its reconstruction was finished in 2014 that one would no longer think the Synagogue was just another regular, uninteresting building in the neighbourhood. Today, the exact opposite is true.

According to several colour traces and photographs from that period, the entire interior, including the wooden coffered ceiling, was reconstructed along with two unique women’s galleries. When taking a tour of the Synagogue, you can familiarize yourself with Jewish customs and traditions as well as with the history of the Jews in the Pilsen region thanks to the fascinating expositions held in these galleries. This is also an active synagogue with a Torah, and the local Jewish community uses this space to meet their religious purposes. In addition, concerts and other events are occasionally held here. The next-door dům šamese has also been reconstructed.

The Garden of Memories

Quite near to the Old Synagogue, a monument to the Pilsen Jews who died during the Holocaust was erected in 2002 in the place where the Auxiliary Synagogue (the so-called “Jewish School”) once stood. It’s here in the Garden of Memories that you’ll find a place of reverence and small pebbles. The name and date of each and every victim who fell to the Nazis’ eradication of the Jews is written on the pebble. Only 204 out of the more than 2,000 people deported out of the Pilsen Main Train Station in January 1942 to the concentration camp Terezín survived to the end of the war. 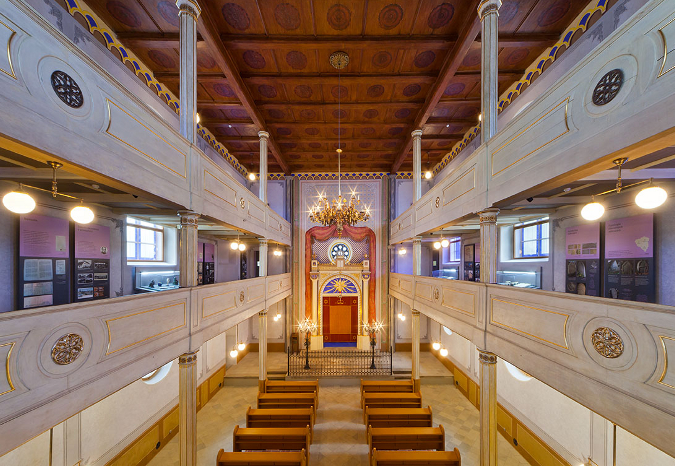 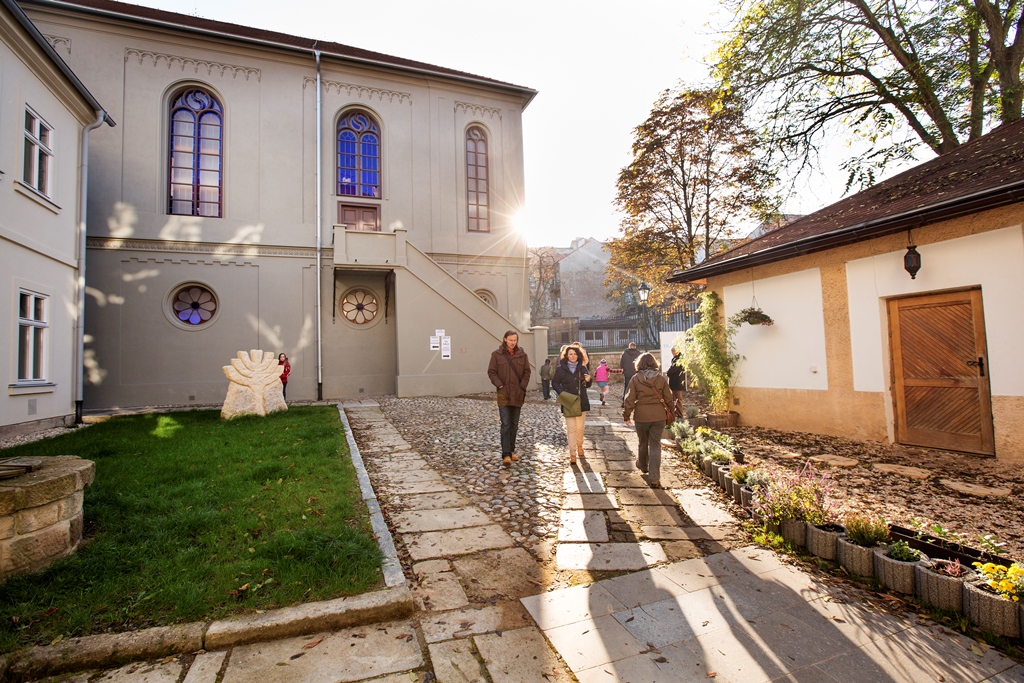 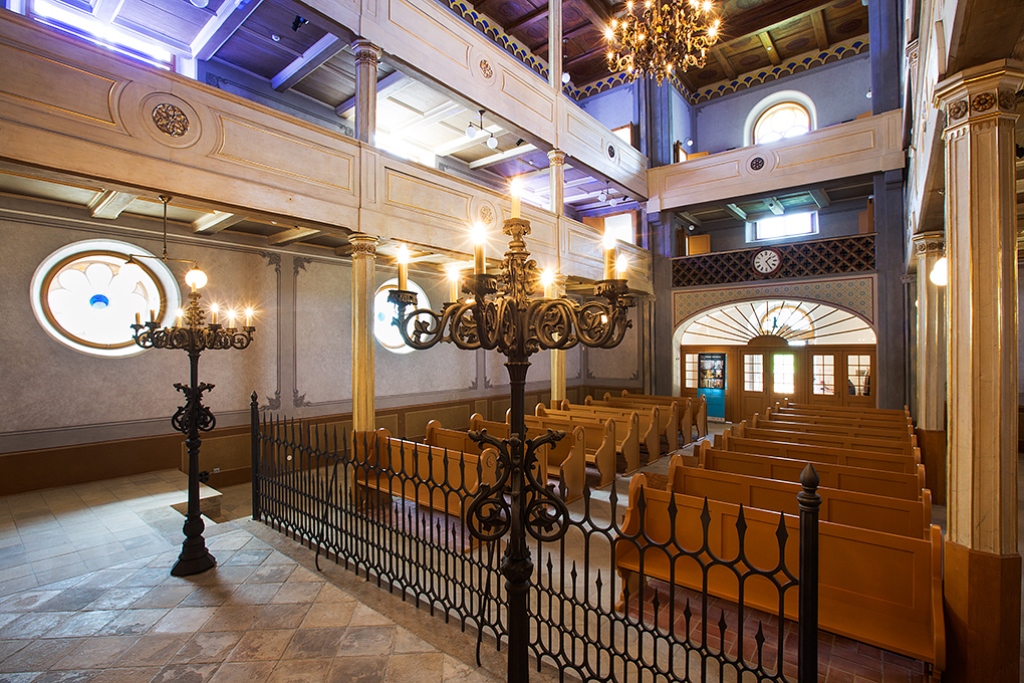 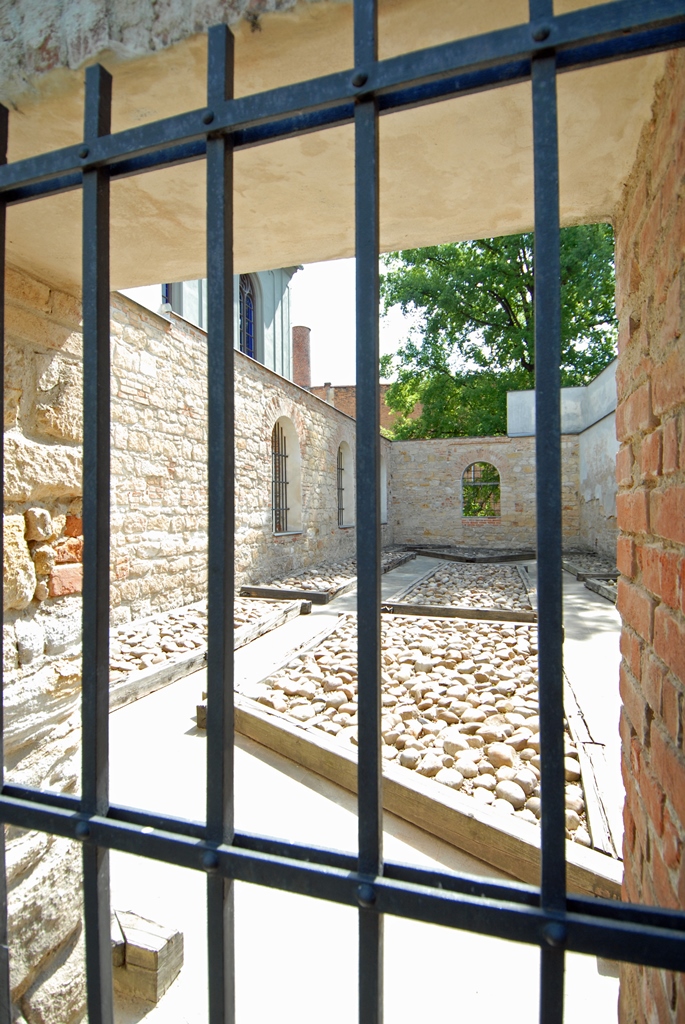 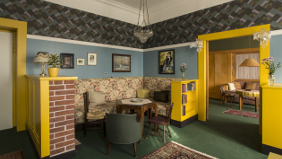 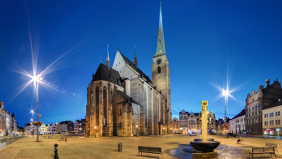 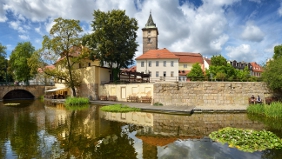