Getting to know Czech gastronomy

When exploring foreign regions, it’s almost your obligation to dive into the flavours and secrets of the local cuisine. When taking trips around the Czech Republic, you should try to discover Czech hospitality and traditional Czech food. When it comes to Czech cuisine, you can’t expect many light or healthy food options. This is why we’ll tell you right from the start: For better digestion, we recommend ordering at least one small Pilsner 12° with most Czech specialties. Vegetarians and vegans, however, will have a harder time with classic Czech food. Nevertheless, if you search hard enough, you can find some. 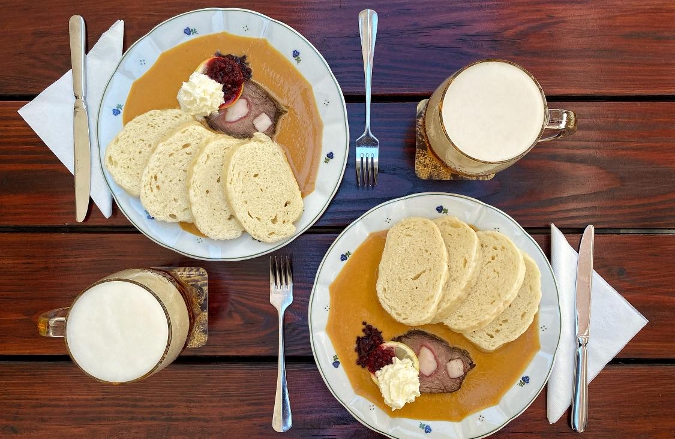 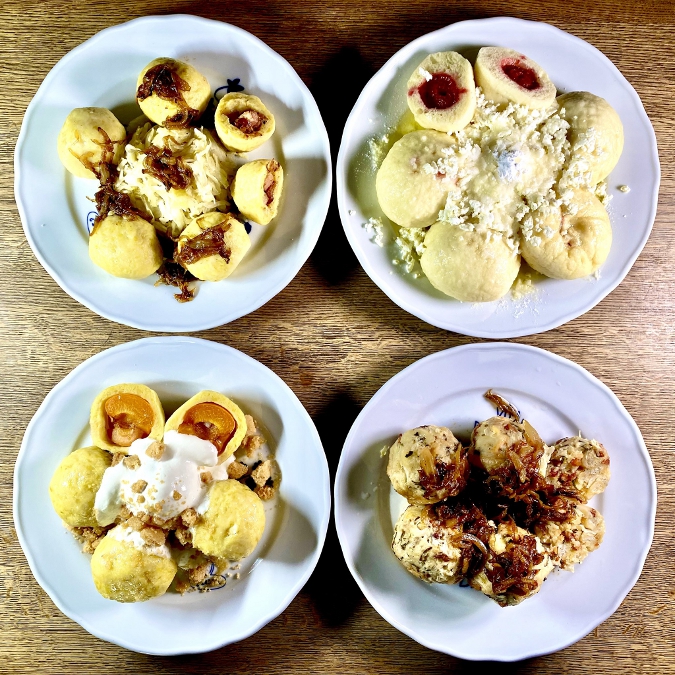 Start with the soup (or with bread?)

According to the old Czech custom, guests are welcomed with bread and salt. Today, this tradition is only practiced sporadically, usually during folklore events. Either way, you should try true Czech bread. It’s one of the things our countrymen living abroad miss the most, as it’s something you simply can’t get in most countries.

It’s served as a side dish to meat, or it is prepared with lard and onion, pâté, or a spread is also popular. In some restaurants, they offer soups served directly in a bread bowl instead of in a bowl. Together with the soup, you get your own little loaf to eat. In Czech cuisine, soups play a vital role. Few places make so many diverse kinds as in the Czech Republic.

If the locals want to invite you for something truly Czech, they’ll most likely choose one of the traditional specialties that are served with dumplings made from potato or flour dough. Dumplings are even served as a sweet dish, typically filled with fruit and served with butter, cottage cheese, cream, and sugar.

Flour and potato dumplings (or both at once) are usually served with meat (pork, duck, or goose) and sauerkraut or spinach, or as a side dish to goulash. They’re also a favourite side to Czech cream sauces. The most well-known dish is a roast tenderloin meal, typically made with cream sauce and cranberries.

However, in Czech households, cream is also used to make tomato, dill, and horseradish sauces. Rather than ordering one of these dishes off the permanent menu at a posh restaurant, it’s best to get it off the daily menu. In out-of-the-way village pubs, you sometimes even run into a specialty made with dumplings and eggs.

Don’t shy away from mushrooms

Even though some countries steer clear of wild mushrooms, here in the Czech Republic, things are a bit different. The locals are avid mushroom collectors, and when the season’s right, this is reflected in many restaurants’ menus. One of the most popular delights is cream of mushroom soup (served, how else, with dumplings) as well as mushroom risotto.

You may not run into mushrooms as much in restaurants, rather you’ll see them in true Czech households where they even make mushroom steaks (fried in breadcrumbs) or the so-called “smaženice”, i.e., fried mushrooms with eggs. As the saying goes, the more types of mushrooms you have, the better the smaženice tastes.

Along with the Velvet Revolution came international fast-food chains. However, the locals also have their own fried guilty pleasures. As a cheap option to ordering a hamburger, you can try the meatloaf or fried cheese in a bun often available at train stations and local snack counters. Apart from French fries, the Czechs love croquettes, i.e., fried little balls of potato dough. Potato pancakes are also a crowd-pleaser – fried potato patties, as well as Hungarian funnel cake with cheese and ketchup.  While at a football match or the public swimming pool, Czechs won’t turn down a grilled sausage. Dishes served cold are also popular in Czech pubs. That includes dishes such as pickled sausage – simply a marinated bratwurst with onion, as well as pickled camembert. 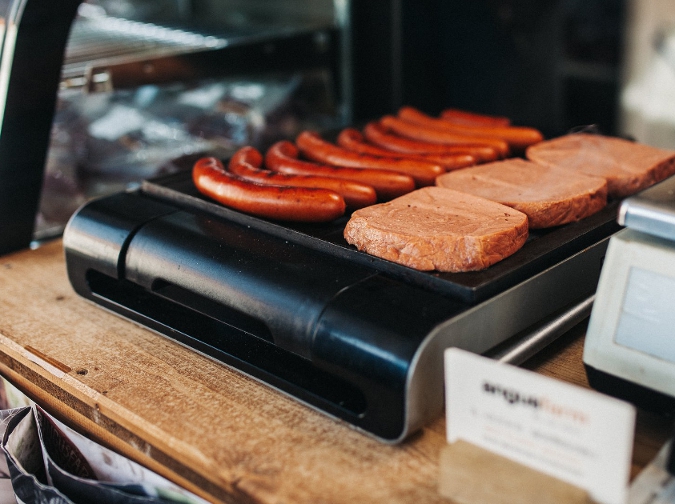 Please, can I just get a salad?

Even though some Czechs might not want to, we also eat salads sometimes. Shopska salad is a Czech classic. It’s made of tomatoes, peppers, cucumbers, and Balkan cheese. Other traditional salads include cucumber and tomato salads with a vinegar dressing as well as pickles and beets. None of these are commonly served as the main dish.

Czechs don’t even have their famous potato salad on its own for lunch, which, by the way, makes up part of the typical Christmas meal in many Czech households, alongside carp. Czech potato salad remains the more caloric option to the traditional Bavarian Kartoffelsalat. Apart from the potatoes and vegetables, the salad is based on mayonnaise. It’s usually served in restaurants with a fried pork chop.

A Czech classic in Pilsen