Events you shouldn’t miss before the year ends in Pilsen

Surely, none of us want to start thinking about the end of summer just yet, but it’s always nice to have something to look forward to! What sort of things can you experience in Pilsen before the end of the year? Accept the open invitation to the city’s rich cultural programme featuring the International Festival THEATRE. Also stop by one of the other DEPO Street Food Markets, because eating and drinking well are the foundation for a satisfying trip to Pilsen and beyond. As for news on beer- and wine-focused festivals, you’ll find more information in their own dedicated article. 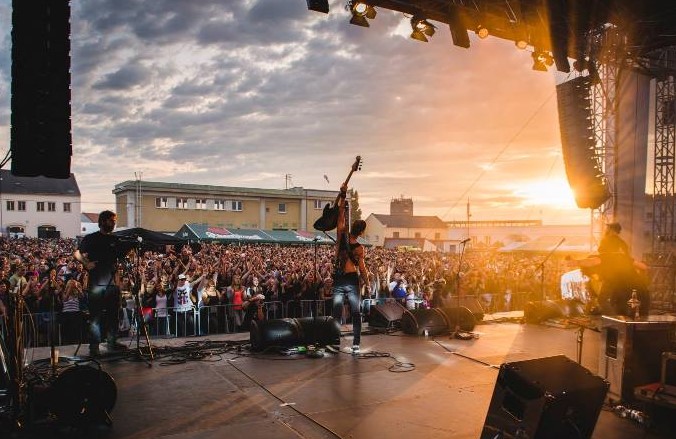 In September, the International Festival THEATRE in Pilsen invites distinguished theatre ensembles from around the world as well as fans of theatre from near and far. Attend the festival for unique productions of every genre. Everyone from lovers of classic dramas, musicals, dance shows, puppet theatre, and even fans of experimental pieces will find what they’re looking for here. The festival will be held in several of Pilsen’s theatres, while the accompanying programme will take place in the city centre, where admission is free.

As autumn arrives in Pilsen, the popular brewery festival, Sun in a Glass, is held, where you can try some non-traditional beer specialties from the Czech Republic and abroad. Several dozen breweries also offer taste testings of their best beers in the cosy atmosphere of the Purkmistr Brewery courtyard in Pilsen’s Černice neighbourhood. Here you can try out various 0.1 l of beer by the glass, and if you like what you taste, then you’ll have no problem getting yourself a full glass. The festival will also feature food, beer competitions, dance performances, and concerts, and admission is free.

You might be surprised to hear that there’s no shortage of wine in Pilsen. Don’t believe us? Come and see for yourself by visiting the largest wine event in the region, which completely takes over the Kopeckého sady park and Bedřich Smetana Street, right in the city’s historical centre. The festival will feature two dozen wineries from Bohemia and Moravia as well as sommeliers, with whom you can discuss wine and have a bite to eat.

Even Pilsen has its own film festival! The Finále Pilsen Film Festival features six days of pure Czech film. A national display of film, documentary, television, and student creations. Every day of the festival holds film premiers and even previews as well as competition festival films and gems from Slovak or German productions, student originals, and, of course, famous guests. The festival’s main setting will be the Měšťanská Beseda building, while the accompanying programme will be held at locations such as Divadlo Dialog, Café Regner, MōōVEMENT, and DEPO2015.

Traditionally speaking, the month of October means it’s time to celebrate the world-renowned beer in Pilsen. The courtyard of the Pilsner Urquell Brewery will come to life with a rich musical programme and entertainment. But what else can you look forward to other than the concerts? Beer, of course. Here, the best Czech beer tappers will pour you a glass, teach you how to tap beer yourself, display the art of barrel making, run beer-themed competitions, and offer delicious food.

These two Czech national holidays, one in September and the second in October, will feature a cultural programme put on by DEPO2015 and built around the festival of street food. The Street Food Market around the depot will once again delight with the fragrances of the most varied worldwide cuisines. You can get excited about the loads of stands that will treat your tastebuds to delicious food and drinks. Here, meat lovers, as well as fans of health and fast food, will find what they’re looking for, while also enjoying some sweet dessert and select coffee afterward. And then you can quench your thirst with beer from any one of the various local microbreweries.

Old-Czech chimney cakes, hot mulled wine, mead, and cheesy specialties can be enjoyed at the Havelský and Martinský Market on Republic Square. Add some sugar to those autumn days and stop by some of the food or goods stands and watch the local blacksmiths, basketweavers, and woodcarvers while they work.

The Czech Republic has its own Beaujolais, namely its St. Martin’s wine. These are the first wines of the year that are traditionally used to make the first toast on 11 November at the feast day of St. Martin. The wines tend to be fruity and refreshing, despite having only been aged for a few weeks. In Pilsen, you can go to St. Martin’s Wine Tasting a week later in the pleasant surroundings of the Křižík Sady park, where more than ten Czech wineries will be waiting to greet you. Admission to the event is free, however, you’ll need to first purchase a special glass for the tasting. The wine will be poured exclusively into these special glasses, which will be available for purchase once you arrive.

As per tradition, Republic Square will come to life with the aromas of mulled wine, gingerbread, and Old-Czech chimney cakes. Here, children frequently come to see the live animals kept in the various Christmas cottages, while adults soak up the holiday atmosphere and draw inspiration for Christmas gifts from the many stands. You too can visit to see Pilsen decorated for the holidays and enjoy its magical atmosphere.

Visiting Pilsen for the Champions League? 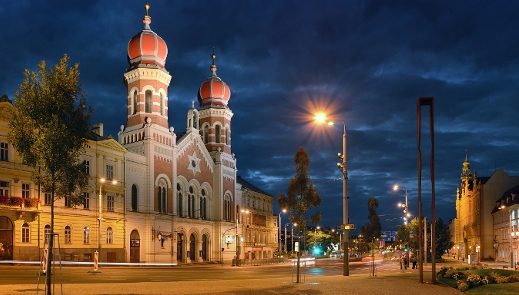 What can you look forward to in Pilsen in 2022? 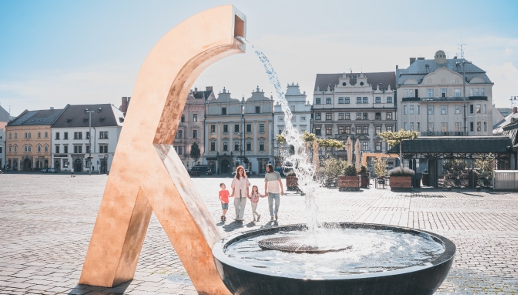 Large European cities crawling with tourists? No thanks. Rather a trip to Pilsen 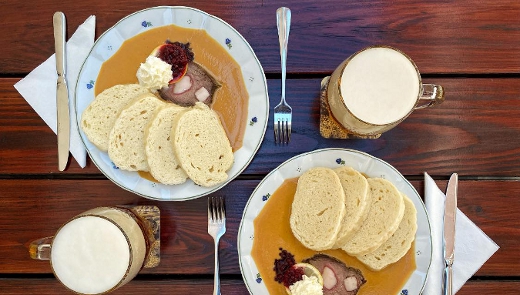 Getting to know Czech gastronomy